Wait… Erroll Morris Made a Short Interview Film with Trump? About CITIZEN KANE? 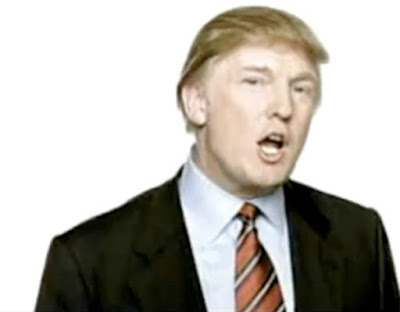 It’s almost too astonishing to be true, but Donald Trump’s favorite film is CITIZEN KANE. He’s said it many times, and has even displayed some insight about Charles Foster Kane’s plight – along with some seemingly pretty vapid misunderstandings. Certainly he is among the few people who can identify with Kane’s great wealth, his vulgarity, his emotional disconnectedness and, perhaps, the primal trauma that seems to drive Kane, his “Rosebud.”

The great documentarian Errol Morris has a way of drawing his subjects out and filming them in such a way that makes them tell you things that they may not realize they are telling you. When he films an interview, the result can be like one of those Goya portraits of the members of the royal court. He captures the soul beneath the skin. It’s in the eyes. It’s in the incautious turn of phrase. It’s everywhere. It is the great value of Morris as an artist.

Watch this 2002 commissioned interview with Trump carefully. What is Trump telling us about himself, about his unusual life circumstances and about the universality (or non-universality) of art? When he sums up the message of the film, after making some good observations, it lands with a thud. We’ve become accustomed to that thud in recent months, but its’s so strange to hear it in relation to the arts.