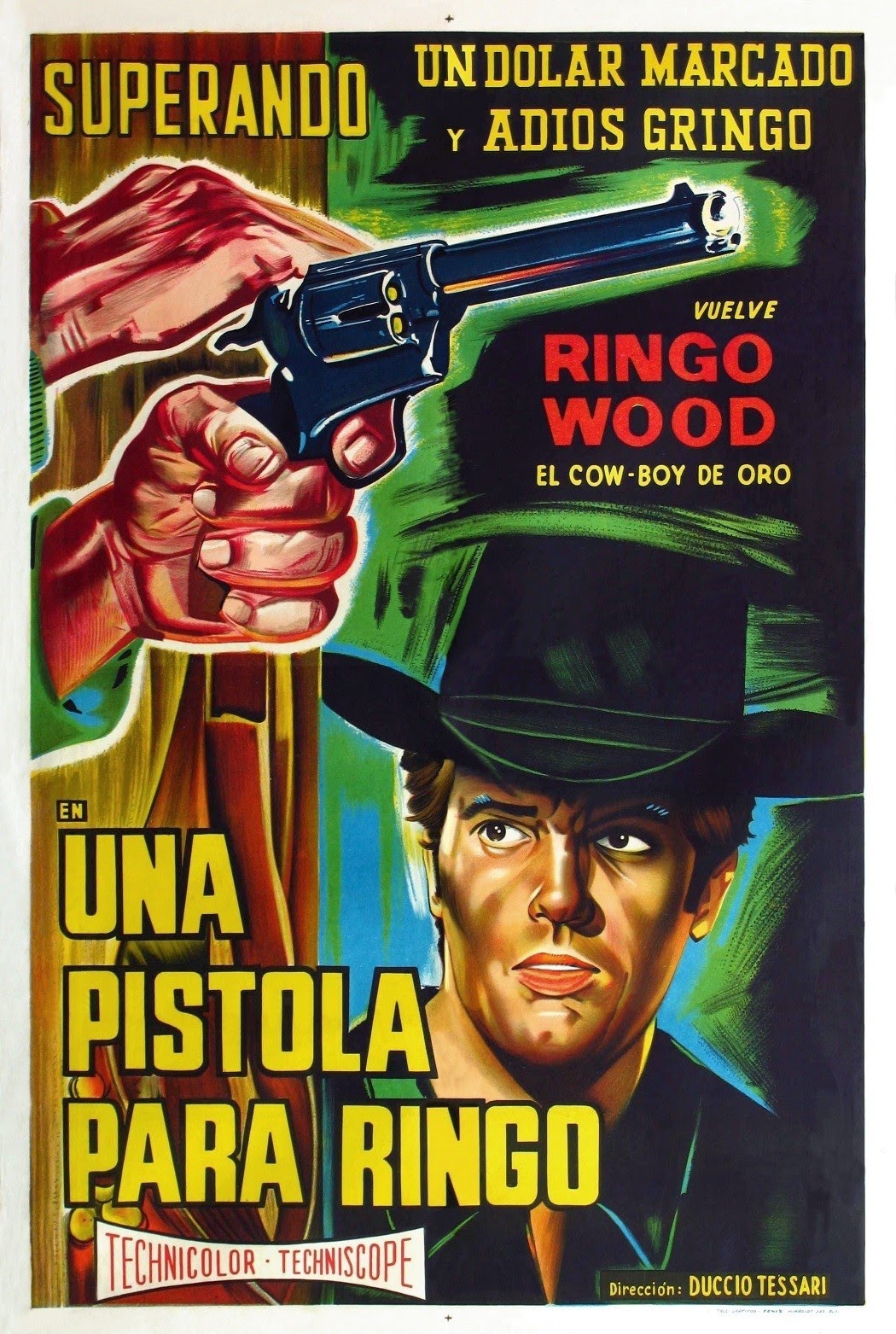 For those who have an interest in the seemingly boundless subject of European Westerns, the Spaghetti Western Database is an invaluable resource. Spaghetti Westerns (or Euro-westerns or Westerns All’Italiana) are among the most interesting subjects of genre film study. The sociological and artistic climate which produced these often violent, often poetic films is mirrored in the content of the films.In the years after WWII, American westerns flooded into European cinemas. Europe, and particularly Italy, was an eager market for American westerns. But as television took off in the states, Hollywood decreased its output of westerns and the slack was taken up by western TV series. Italy was forced to manufacture its own supply of westerns. These westerns were often as much grand opera as horse opera, with music taking on greater prominence than in American oaters, and with psychological conflicts that built on the American Freudian westerns of Anthony Mann and Nicholas Ray.

Additionally, as the sixties wore on, many of the young filmmakers who got their first chances to make movies thanks to the tremendous demand for westerns, were smuggling in ideological and sociopolitical readings among the gunfights and stage robberies. Leftists like Sergio Sollima and Damiano Damiani were able to present scenarios that were virtual Marxist historical constructs to huge and diverse audiences around the world.We probably all know the Leone westerns, but the field rewards deeper study as well, which is where the SWDB can really come in handy. Unsure about where to turn after Leone and Corbucci? Been burned by a few too many Django movies with no Django to be found? Want to find out which Giuliano Gemma movies are best? This is a good place to start.

Also be sure to check out some of the top 20 lists from people like Quentin Tarantino, Alex Cox and Spaghetti scholar Howard Hughes (no relation). I made my own top 20 a few months back too. If you do decide to embark upon a course of Spaghetti Western study it helps to develop a love for the omnipresent tropes and ambience of the spaghetti western. Sometimes, especially with some of the less well known films, you may need to mine a lot of ore to find the gold. The SWDB can help make it a pleasant labor.