The Incredible But True Story of Maila ‘Vampira’ Nurmi 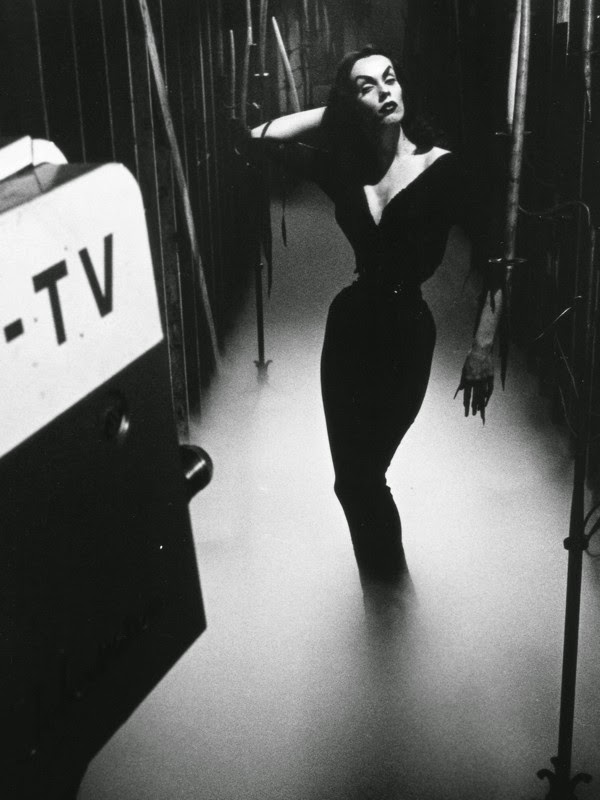 In 1954, a 31-year old former model, nightclub coat-check attendant and necktie painter named Maila Nurmi attended a Hollywood party with her husband, actor-writer Dean Riesner. She made her own vampire costume, inspired by the cartoons of Charles Addams, out of fabric scraps.

She must have cut quite a profile because months later another attendee at that party still remembered her. He was Hunt Stromberg, Jr, the newly installed program director at WABC-TV in Los Angeles. At the time, movies were shown only infrequently on television. The major studios were not much interested in cooperating with the small screen – and in fact considered it a mortal threat – so most of the feature films available to broadcast were from such “poverty row” operations as Monogram and PRC.

Stromberg’s idea was to add some sex appeal to his channel’s late night horror movie screenings. He remembered the vampiric Nurmi but he did not know her name, or how to get in touch with her. Fortunately the designer Rudi Gernreich remembered her name and Stromberg hired her to create a vampire character who would not, however, infringe upon any existing copyrights or trademarks. 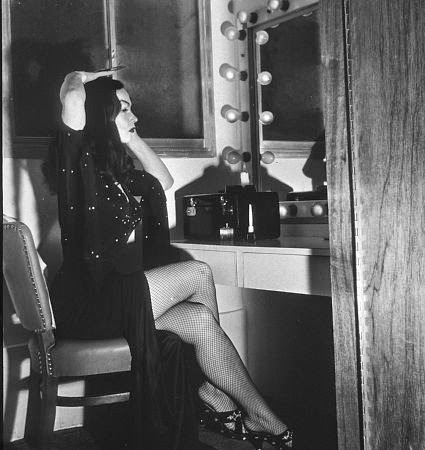 Nurmi got to work at once on a look for her character, which she christened Vampira. She combined elements of Snow White’s Evil Queen, a comic strip dragon lady and under-the-counter bondage models. To exaggerate her already waspish waistline she strapped a flesh-wasting poultice of meat tenderizer to her midsection with a tightly-bound rubber inner tube. Her measurements were advertised as 38-17-36. 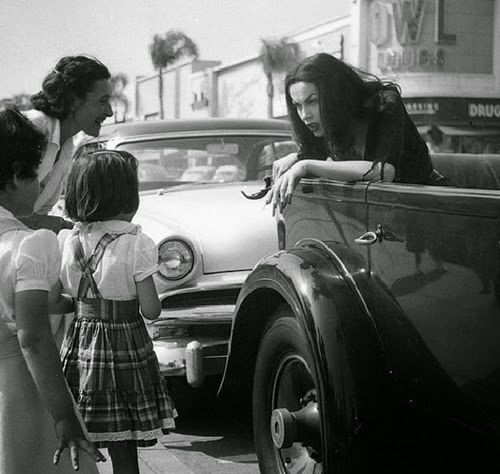 She took to wearing Vampira drag whenever she left the house, and even rented an appropriately funereal looking black Packard convertible for her jaunts around town. She became a celebrity in the nightclubs and jazz-clubs of LA. It was here that she met James Dean, who became fixated on her. The feeling was mutual, and they became close companions, often cruising the late night dives together and telling morbid stories to one another – Nurmi was no competition in this department for the death-obsessed Dean. 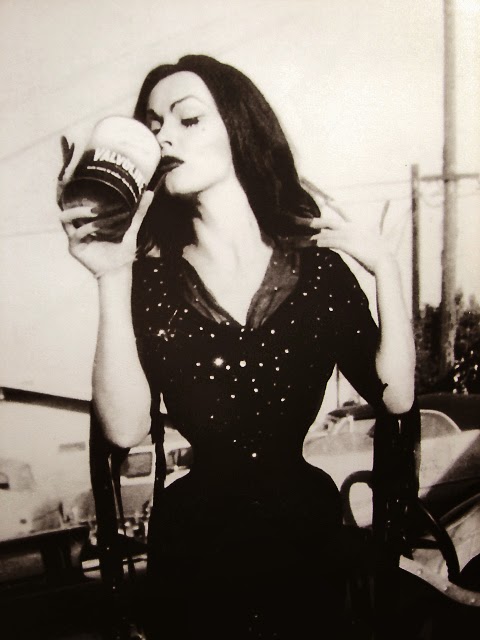 Eventually the Vampira character became so popular that WABC decided to take ownership of it, and asked Nurmi to sign it over to them. She would not and the show was terminated, scarcely 8 months after it had begun. She still made public appearances, and reprised the role in 1959’s PLAN 9 FROM OUTER SPACE, but the Vampira character had passed into popular mythology by this time. Nurmi continued to attract weirdos though. In 1975 she told an interviewer, “I couldn’t attract anyone who wanted to live.” When one of her followers asked her to a Halloween party in 1975 she said, “Leave me alone! My whole life has been a Halloween party!”

The stories above are drawn from David J. Skal’s essential book “The Monster Show: A Cultural History Of Horror.”