As most of you know by now, the AFS Cinema will be closing for an extensive remodel and expansion soon. But before we begin ratcheting down the number of our events in preparation for construction, we wanted to have a great week full of brilliant films about endings and beginnings. It’s the HELLO, GOODBYE series, at the AFS Cinema (formerly the Marchesa Hall & Theatre) 10/25-10/30.

Please tell all your friends and join us for this celebration of the cinema that we have shared so many great experiences in for the last three and a half years.

This special program includes Werner Herzog’s 1977 tragicomedy STROSZEK, about a couple from Berlin who immigrate to America and find it very different from the place they imagined; Robert Altman’s frantic 1973 detective whatsit THE LONG GOODBYE with Elliott Gould as a seriously ’70s version of Raymond Chandler’s private investigator Phillip Marlowe; Elaine May’s 1971 black comedy A NEW LEAF with Walter Matthau as a formerly rich man who tries to claw his way back to the top of the heap with the unknowing participation of a strange, awkward woman, played by the director herself; Djibril Diop Mambéty’s colorful and vibrant 1973 film TOUKI BOUKI about a Senegalese couple, obsessed with cosmopolitan Paris, who long to escape Africa, and scheme to make it happen; and finally 1973’s THE LAST DETAIL, from director Hal Ashby (and writer Robert Towne) about two tough Navy lifers (Otis Young and Jack Nicholson – at his best) who are ordered to escort a young cadet (Randy Quaid), guilty of a minor crime, to the brig for an eight year sentence. Funny, deep, and poignant, this is great filmmaking.

All of the films in this program are presented in 35mm except STROSZEK, which is presented in a new DCP restoration.

Werner Herzog’s too-strange-to-not-be-completely-human tale of an ex-mental patient in the Berlin slums looking for a new start in Wisconsin is one of the greatest “grass is greener” tales ever to be put to cinema.
More Info & Tickets>>

Robert Altman and Elliott Gould go a trifle over-the-top in this adaptation of Raymond Chandler’s private eye novel. One of the best and most entertaining films of the ‘70s.
More Info & Tickets>>

Writer/director Elaine May’s black romantic comedy stars Walter Matthau as a dissolute playboy in need of funds, who targets an eccentric rich woman in a scheme to marry and kill for money. The woman (played by May herself) is considerably different than he expects. A joyous film.
More Info & Tickets>>

Djibril Diop Mambety is the master of post-colonial African magical realism. In TOUKI BOUKI, a sort of psychedelic Senegalese Bonnie & Clyde story, a young couple will do anything to get out of Africa and start a sophisticated new life in France.
More Info & Tickets>> 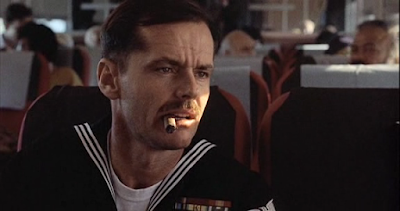 See Jack Nicholson as you always want him to be, a foul-mouthed, cigar-chewing sailor on a last night out with a fellow headed to prison. Two independent film greats, director Hal Ashby and screenwriter Robert Towne, are on top of their game, and thankfully, there is hardly a plot in sight during the film’s many loose, rambling scenes.
More Info & Tickets>>