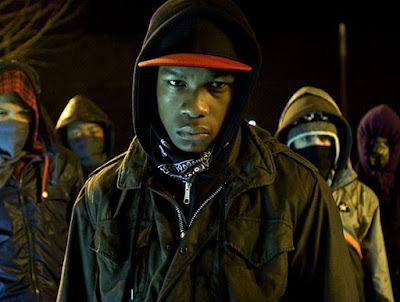 Today’s Austin Chronicle features a nice preview of the SXSW@25 program that starts at the AFS Cinema on Friday, March 2. The AFS programming team has worked with SXSW Film to choose a selection of some of the highlights from recent years of the fest. The screenings run in the days before SXSW Film, except for MARWENCOL, which runs after, on March 21.

A peripatetic portrait of a hometown and slices of memories become a cinematic story. The breakout, award-winning debut is from documentary filmmakers and brothers Bill and Turner Ross (CONTEMPORARY COLOR, TCHOUPITOULAS, WESTERN.)

God visits Pentecostal clergyman Richard Gazowsky to send him on a mission: make a Christian movie as big and epic as STAR WARS. Richard gets into action, though he’s never made a movie before, and also had never seen one (before watching STAR WARS). This is a documentary.

A gang of teenage thugs in south London meet their match when they must defend their neighborhood from an alien invasion. One of the most fun, inventive and surprising debut features to recently premiere at SXSW, featuring a breakout performance by John Boyega.

No one knew British director Andrew Haigh’s name when he showed up at SXSW in 2011 with his tiny independent film in hand. By the end of the festival, Andrew and this film were the revelation of the festival. This simmering queer romance is still a knock-out.

For her feature directorial debut, writer/director/actor Amy Seimetz chose her favorite subject, her home state of Florida, where she says people go when they are “running away from something.” Her sweat-drenched noir, with its hapless would-be Bonnie and Clyde, is one of the strongest indie debuts you’ll ever see, and predicted Amy’s great success with future projects such as Showtime’s The Girlfriend Experience.

After being beaten into a brain-damaging coma by five men outside a bar, Mark builds a 1/6th scale World War II-era town in his backyard. Mark populates the town he dubs “Marwencol” with dolls representing his friends and family and creates life-like photographs detailing the town’s many relationships and dramas.