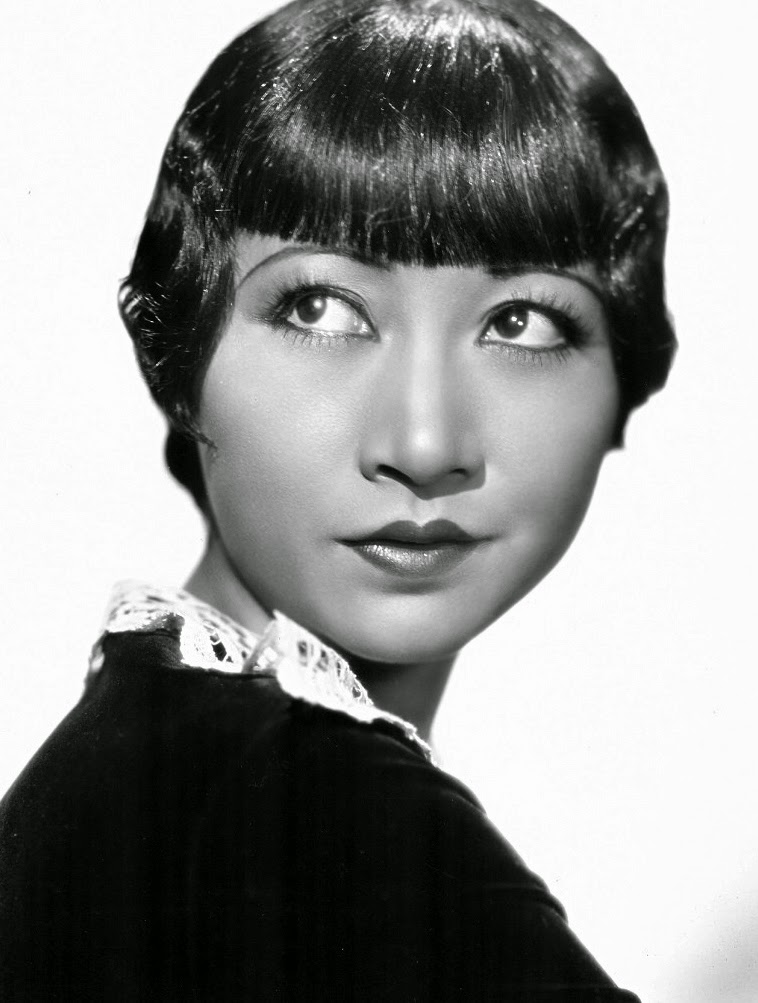 This short piece from the Women Make Movies YouTube channel shows us some rare footage of the great Chinese-American star Anna May Wong. She was a true star, though sometimes the parts she played were smaller than she deserved. She is one of those stars who makes an instant connection with audiences today, who have more of a sense of the burden she carried and therefore a greater appreciation of her remarkable grace in bearing it.

Most of Wong’s appearances in movies amount to a tantalizing flash. She is credited in countless small roles as “Chinese Girl” or “Lotus Blossom” or “Oriental Flower” or some other such name. Maybe the best Anna May Wong role was in the 1929 silent PICCADILLY, in which she plays Sho-sho, a Chinese dishwasher in a posh nightclub who fascinates the club owner and becomes a star with her mysterious seductive dance moves. It’s a part that would normally be played stereotypically, but she fills out the contours of the character and assumes authorship of the film in a shockingly powerful way.

You can get a sense of her command of the screen in this excerpt from PICCADILLY. The movie is well worth your time and Anna May Wong’s cult status is worthy of yet another renewal.