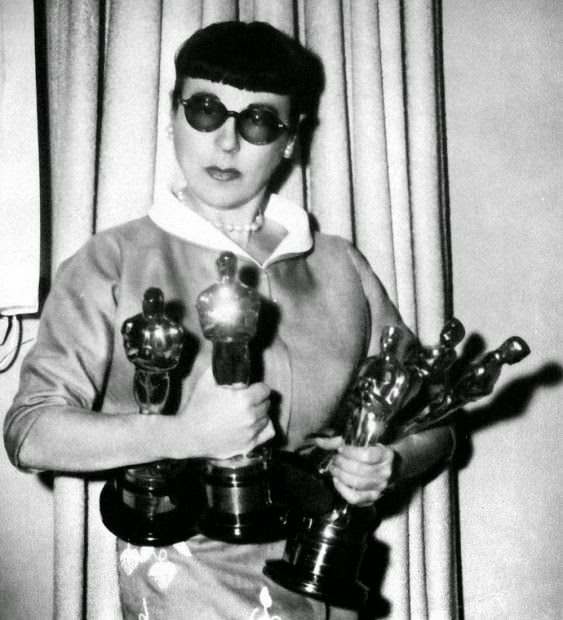 “I’m just taking these to the garage with the others”

Both the recent series of “Good Eye” columns written by Amy Gentry in the Austin Chronicle, and our upcoming event with costume designer Michael Wilkinson have us thinking about the special language of movie clothing design. For years, especially during the time when women were less welcome as writers, directors and producers in Hollywood, a number of female (and also-marginalized gay male) designers expressed themselves wonderfully through their costumes. This is no small contribution to the creation of character and the work of such masters as Edith Head puts them on an auteur level in many cases.

Here, Edith Head – who really seems like someone who would be a lot of fun to work with, talks about her method a bit, using tests of Audrey Hepburn as a visual aid. It’s a little too brief, and it’s basically a flak piece for ROMAN HOLIDAY but it’s so good.