The bad news keeps on coming for lovers of celluloid. Technicolor and Deluxe’s joint film lab venture, Film Lab NY, just announced that it is closing its doors in December. It’s important to note that here that Film Lab NY was one of the few places that made film processing affordable for independent filmmakers.  Due to being a part of these bigger corporations, they were able to offer more competitive prices for processing, making possible a number of low and micro-budged 16mm features in the past couple of years.  Deluxe shuttered it’s last film processing lab in Hollywood in the spring. While Fotokem is still around, this doesn’t bode well. Will film processing for American indies all be done in Canada in the future? 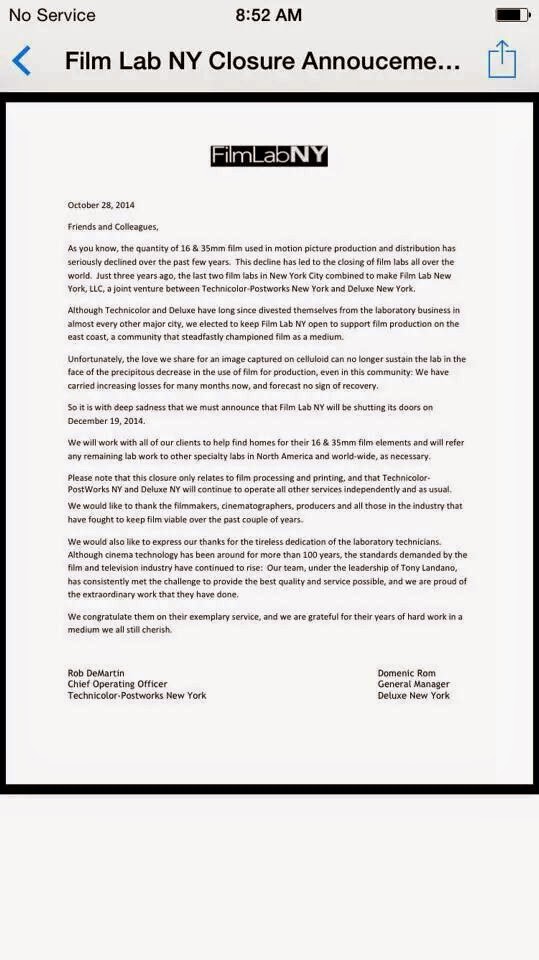