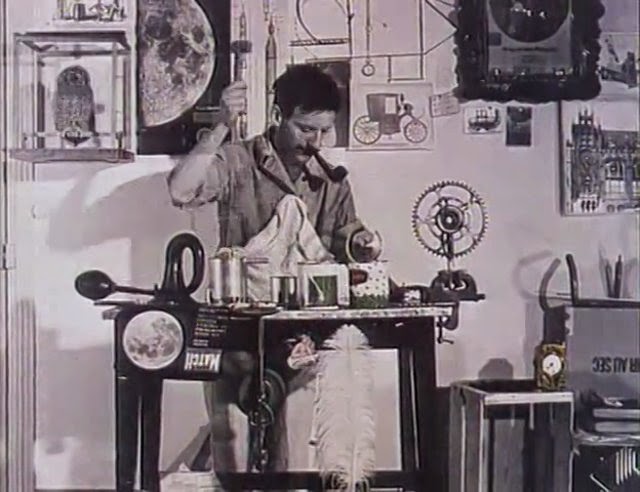 While the US and the Soviets were busy using Third Reich rocket technology to send jocks into space, the joint French/Polish Space Program were deploying creativity and imagination to create this film, which may very well prove to have benefits which outweigh those of the more well known space programs.

Walerian Borowcyck is an interesting case, and one that we will get around to in January at AFS. His short films begin to give a glimpse at the fascinating obsessions which come into play in his really far-out features of the ’70s.
Codirector Chris Marker was a Zelig-like catalyst for seemingly every great film movement of his lifetime. You should know his work already. If you don’t, start with LA JETÉE.
.